A new California building company, founded by a trio of housing executives toward the end of the recession, is enjoying success in the Central Valley market, a rural area that is on track to see the strongest new home markets since the downturn.

Visalia, Calif.-based San Joaquin Valley Homes (SJV Homes) is working in six neighborhoods with a total of 645 units in the Central Valley region of California. Last year, SJV Homes was the busiest home builder in Tulare County, where new home sales increased by 57%, even pulling past the national public builder Lennar. The builder also has two properties with about 200 units in Kings County, the nation’s second-fastest-growing urban county, where property values increased 13.9 percent in 2014. 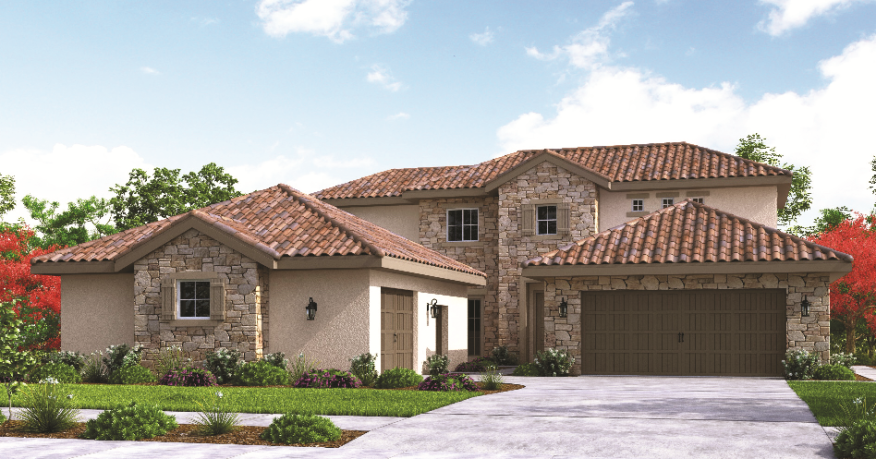 “San Joaquin Valley Homes is a small company, but we’ve been able to compete with large, national builders because we’re committed to getting local residents into homes and providing work for local contractors,” said Lissa Walker, director of marketing.

The firm was founded in 2013 by Joe Leal, Jim Robinson, and Randy Merrill, who had overseen construction of more than 800 homes a year while working together for another builder, the Allen Group, a Visalia, Calif., real estate company purchased by McMillin Homes in 2002.

Since opening two years ago, SJV Homes and has grown from one home closing to 142 last year. Much of the firm’s success stems from its team of about 30 local staff members, most of whom grew up in the Central Valley. Without no corporate hierarchy, decisions are made quickly and with customers’ best interests, says Leal. Here, BUILDER talks with him about the company’s success.

You’re having a really good year. What do you attribute that to?
I would have to say the main reason is our courage and optimism!  We do have great product, experienced and talented employees, and a subcontractor base that has worked well with us for years, but we are having a great year mainly because we purchased land and started development in late 2013 and early 2014 when other builders were still waiting for better market conditions.  I think that allowed us to open some new neighborhoods and it has become clear that there is demand now for affordable entry-level homes.

You started SJV Homes right after the recession. Did you feel like that was a risky move?
Absolutely, but aren’t all good home building companies risk takers to some degree?  This is a business where you make decisions based on how you think the people in your market will be doing in 18 to 24 months, not by how they have done in the last year or two.

How do you compete with large national builders in finding lots and land?
It is difficult.  We are lucky because we have access to adequate capital to expand, but our cost of money is higher than the industry leaders – so we have to be better at acquiring land than they are. One of the main advantages we sometimes have is that we build in a valley where I have lived for my entire life, and we have long-term relationships with many land owners.  We do not get every deal we want, but without these important relationships we would be at a significant disadvantage to the large regional and national builders.

In addition, when you execute on deals you negotiate, you slowly build a reputation for honesty and integrity one transaction at a time.  No one thing is as valuable as your reputation when negotiating a fair deal with a land seller.  I have successfully bought land from sellers who had higher offers from national builders because they trust the “local” guy more.

Are most of your homes entry level?
Our company manages our mix of products so that a minimum of approximately 75% of our homes are in the entry-level category.  There are more of these buyers than move-up buyers in our market, and they are often first-time buyers so they do not need to sell an existing home in order to purchase.

What trends are you are seeing in the residential market?
I think to an extent some of the “normal” market behaviors we have previously observed are returning.  I think people are feeling better about the U.S. economy so they are spending more on optional features.  The younger buyers are more interested in solar energy for their homes and I definitely see [in California] a significant trend to a different style of landscaping – one that is attractive but requires far less water.

I also think as the baby boomers are retiring there will continue to be steady demand for homes that are efficiently planned, well-located in the community, and that require less maintenance than the ones they are downsizing from.

We have to ask: What do you think about BUILDER’s recent article declaring the death of the entry level home?
I agree that going forward it is going to be very difficult for a builder to start a new project and sell homes for less than $200,000. In addition to the current environment of rising land prices, we also continue to see higher fees from cities, school districts, and environmental agencies which have to be passed on to the consumer.